CRA's strategy to deal with tax reporting in the digital age 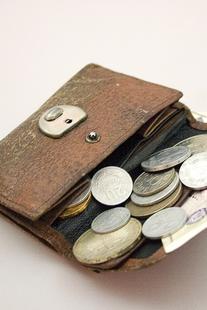 ​CRA is finding new and innovative ways to find tax evaders and deal with the black market economy.  Recent news stories about the renovation and building industry are just the tip of the iceberg, as you can see from the Government of Canada's website, canada.ca.

"... The current strategy builds on the foundation of the previous one. Approaches that have been proven effective in prior years have been retained as is the case with using legal authorities, engaging with citizens and leveraging third party information... The UE continues to evolve as digital, global platforms and crypto currencies emerge which transcend traditional borders. A focus on these areas is new in this strategy. This strategy therefore focuses on the following themes:

While these three areas of focus are intended to guide the CRA’s efforts over the next few years, it should be understood that the CRA will continue with its compliance work to address the UE. Examples of this include expanding the reach of specialized audit teams with advanced training in identifying unreported income in such industries as construction, retail and hospitality. Through the Point of Sale Centre of Expertise, the CRA will continue using sophisticated tools that can detect retail and restaurant sales transactions that have been deliberately hidden to avoid taxation. The CRA continues to refine these approaches to detect tax avoidance and evasion and take appropriate enforcement action..."

Below are some news articles related to this topic; although not aimed at the hospitality industry, it's only a matter of time before the CRA comes knocking on the industry's door.

ARTICLE: MAKE SURE YOUR BOOKS ARE CLEAN COME TAX TIME - OR ELSE

Earlier this year, Home Depot Canada commercial clients received a letter warning them that the Canada Revenue Agency (CRA) would be auditing their books in an attempt to uncover under-reported income by contractors and homebuilders.

The letter stated that a federal court ordered had compelled Home Depot Canada to provide the CRA with the business names and annual transactions charged to every commercial account client between January 1, 2013 and December 31, 2016. That data will be crosschecked against each business’s reported income for those four years. If the CRA suspects under-reported income based on the volume of materials purchased, those companies will be contacted for more information, and potentially audited.

“It’s a very clever way for CRA to find out who is cheating,” says David Rotfleisch, a Toronto-based tax lawyer.

Home Depot Canada customers aren’t the only ones being looked at by the CRA. The agency has also issued “Unnamed Persons Requirements” to Rona, Roofmart, Canac-Marquis Grenier, Service Financier Groupe BMR, and Watson Building Supplies.

Now we assume that all readers of Renovation Contractor are fully on the up-and-up when it comes to reporting their income…but, if you do know a guy who might have something to worry about, there is one option to help mitigate some of the penalties: file a voluntary disclosure. Voluntary disclosures are something of a “do over” for your taxes, where you admit to under-reporting your income and are willing to face the consequences.

“If it’s accepted, there will be no prosecution and you may get a break on the taxes and penalties,” says Rotfleisch.

Penalties for tax evasion can include fines up to 200% of the original tax owning, and up to five years in jail. Those convicted for the more severe crime of tax fraud could face up to 14 years in jail.

“There will be prosecutions to set an example,” assures Rotfleisch.

Contractors who are part of the cash economy and have registered with North America’s largest home improvement retailer can expect to be audited by the Canada Revenue Agency (CRA), Canadian tax lawyer David J. Rotfleisch tells The Lawyer’s Daily.

Rotfleisch, founding tax lawyer with Rotfleisch & Samulovitch Professional Corporation, writes in the online legal publication that such contractors can elect to submit a voluntary disclosure application to the CRA to avoid prosecution or gross negligence penalties. They will also be reassessed retroactively and will have to pay their back taxes, he says.

Rotfleisch writes in The Lawyer’s Daily that the home renovation giant informed its commercial credit cardholders in September that the CRA has compelled it through a federal court order to disclose information on their purchases, including business name and address, and the “total annual amount of transactions charged to the account of each commercial account holder between January 1, 2013 and December 31, 2016.”

As a result of its “shopping trip,” the CRA will acquire a database of commercial purchasers and will launch — or more likely has already begun — a commercial customer audit project, he says.

“A dedicated team of tax auditors will examine the tax returns of the (the company’s) commercial customers and compare the reported income to the purchases (from that company),” Rotfleisch writes. “They will apply some assumptions about what percentage of total project purchases came from (the international retailer) versus other suppliers and about normal profit margins in the construction industry. If reported sales are less than the CRA’s computed sales amounts, an audit of that contractor will commence.”

Rotfleisch says the audits generally begin with a comprehensive questionnaire to detail the construction projects initiated during the audit period. He says a thorough audit analysis of the contractor’s records and books will follow.

The CRA may choose to move directly to an “in-depth audit examination” should the gap between estimated and reported sales be quite large, he tells The Lawyer’s Daily.

“The typical way in which unscrupulous contractors do cash business is to charge cash for some or all of the contract, and to pay some or all of their sub-trade costs in cash,” Rotfleisch writes in the legal magazine.

“While material purchases are sometimes made in cash as well, frequently those purchases are made on commercial accounts, which provide discounts to the contractor. Hence their vulnerability to this audit methodology. The result of the cash transactions is unreported income and GST/HST liability.”

This is not the first time the federal agency has used “data mining” to ensnare contractors, he says.

In 2017, the Federal Court of Appeal granted the CRA access to another big box renovation company’s contractor information, and earlier this year, it gained a similar window into the contractor clients of a large Ontario roofing supplier.

“The electronic world is a double-edged sword: it is very convenient, but it is also harder to cheat the taxman, once he wakes up from his stupor. Electronic transactions are paid for by credit cards and are kept in electronic databases — all of which can be audited,” Rotfleisch says.

CRA Cracks down on undeclared tips

Tax tips on tips - a guide for chefs

The Chef Alliance is the leading organisation of Private & Personal Chefs & Caterers in Canada offering Chefs a place to locate jobs, meet new clients, grow their business, benefit from peer support, discounts to lower their business costs, marketing services & much more.  This allows Chefs concentrate on what they do best - cook great food!​